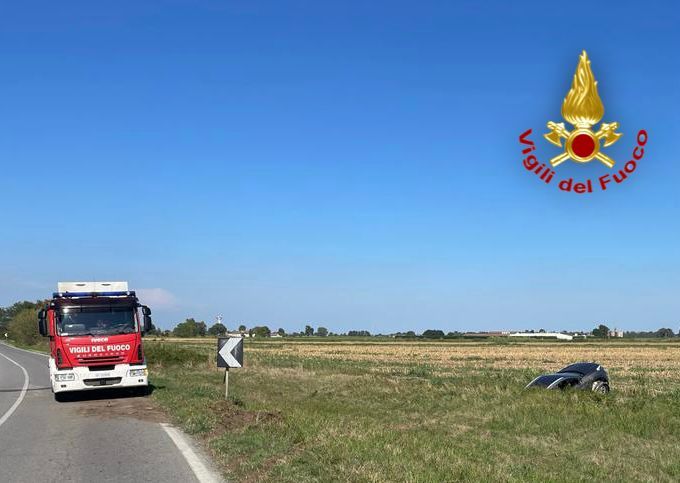 Released by the fire brigade before arriving at the hospital

The car drives off the road and falls into a ditch, a 41-year-old woman is injured. A traffic accident today around 4:00 pm in Codogno, on provincial road 108. A gray SUV, the causes of which are still being investigated by the local police, fell into a ditch that runs along the side of the road during this dry period without water.

The 41-year-old woman behind the wheel got stuck in the car. An alarm went off immediately, and a fire engine with a tank from the Cazale Volunteer Detachment arrived at the scene along with an ambulance from the Red Cross Codogno. Firefighters removed the driver from the cab, after which they entrusted her with medical care.

The woman, who had several bruises, was stabilized and then taken to Maggiore Hospital in Lodi for examination and treatment.

Findings and investigations were entrusted to the Codogno local police.

If you liked reading CODOGNO SUV flies into a ditch, 41-year-old woman stuck in the cab

Characteristics of a needy woman (2022)