On July 12, a photograph of Mars taken by the Perseverance rover went around the world, sparking an interesting debate. The image clearly shows a strange white object on the reddish soil of the planet.

Someone immediately called it something like spaghetti. Someone saw a strange bush there, one of those that roll through the desert, but smaller. In fact, in the photo it looks like a ball of white threads. 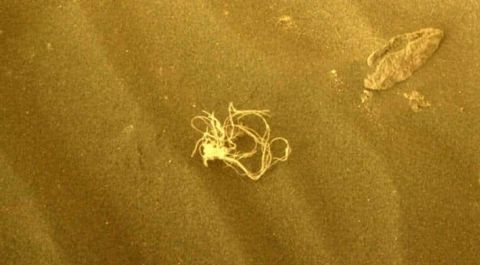 Now NASA has finally put an end to the debate, confirming the nature of the object. The solution to a mystery that many have foreseen, but which is now finally official.

The space agency confirmed it was: “a resin-impregnated synthetic fiber often used in high-performance sailboats, but in the case of the Perseverance, it was likely part of a thermal blanket.”

In short, as many suspected last month, it was a piece of the rover’s covering. An artificial and human object that fell on Mars and then was blown away by the wind, casually returning in front of astonished earthlings. We are very good at making jokes on our own.

Now NASA’s only concern is to ensure that mission fragments scattered around do not compromise the samples from the Red Planet that we are to bring here for in-depth study.

Switzerland disappointed with criticism from Washington

If you liked reading NASA solved the mystery of Martian spaghetti